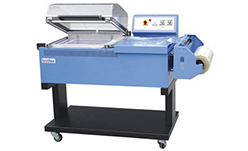 According to different packaging methods, shrink packaging machines are roughly divided into the following three packaging forms:
1. Open at both ends
It uses a cylindrical film or a flat film to wrap the packaged object in a sleeve and then perform the heat shrinking operation. After the packaging is completed, there is a shrinking opening at both ends of the packaged object.
⑴ When a cylindrical film is used, first open the opening of the cylindrical film, and then push the product into the cylindrical film with the help of the sliding groove, and then cut the film. This method is more suitable for packaging cylindrical objects, such as batteries, paper rolls, bottles and cans. The advantage of packaging with cylindrical film is that it reduces 1 to 2 seam sealing procedures and has a beautiful appearance. The disadvantage is that it cannot meet the requirements of product diversification and is only suitable for mass production of a single product.
⑵Wrap items with flat film, there are two ways to wrap things with single flat film and double flat film. The film should be wider than the article. Use a double flat film, that is, wrap the upper and lower films. When the previous package completes the sealing and cutting, the two films are sealed, and then the product is machined or manually Push the film to the upright position, and the sealing and shearing mechanism will drop when it is in place, and the other side of the product will be sealed and cut. After the product wrapped in the film is heat-shrinked, the two ends of the package will shrink to form an oval opening. A single flat film is used At the time, the flat film is first unfolded, and the wrapped product is fed into the middle of the flat film to form a horseshoe-shaped wrapping, and then heat-sealed and lap-sealed.
2. Sealed on all sides
Wrap the product around with flat film or cylindrical film, and the seams are sealed by lap joints. Used for product packaging that requires sealing.
⑴The L-shaped sealing method can be used to fold the film in half, and the film can be folded in half by the roll. The film is pulled out to a certain length and placed in a horizontal position. The open end is opened mechanically or manually to push the product to the fold.
⑵A single flat film can be packaged in a pillow bag. This method uses a single sheet of flat film, first seals the longitudinal seam into a tube shape, pushes the product into it, and then seals the transverse seam and cuts it to form a pillow-shaped package or the two ends are carded and tied into a tube-shaped package.
⑶The four-sided sealed packaging with double flat film is similar to the open at both ends, and it can be completed only by equipping the machine with sealing devices on both sides.
⑷ Wrap with cylindrical film, only need to seal and puncture the cylindrical film while cutting, and then heat shrink. There are often puncture needles beside the sealer. The puncture needle pierces the vent hole in the film during heat sealing, and the small hole often closes by itself after heat shrinking.
3. Open at one end
Pallet shrink packaging is a typical example. First, the film is made into a big square bottom bag, and then the big bag is placed on a stacked commodity pallet from top to bottom, and then heat-shrinked. Place the pallet with the product on the conveyor belt and cover it with a shrink film bag; the conveyor belt will send it into the heat shrink tunnel, and then complete the shrink packaging after passing through the heat shrink tunnel. Its main feature is that the products can be firmly bundled in units of a certain amount, will not be loose during transportation, and can be stacked in the open. 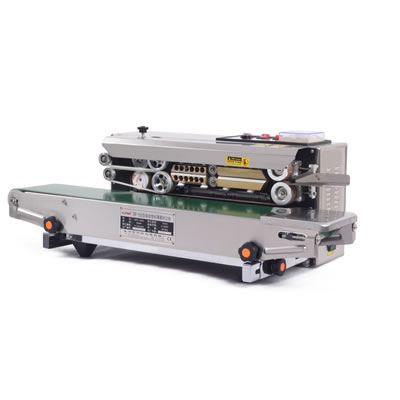 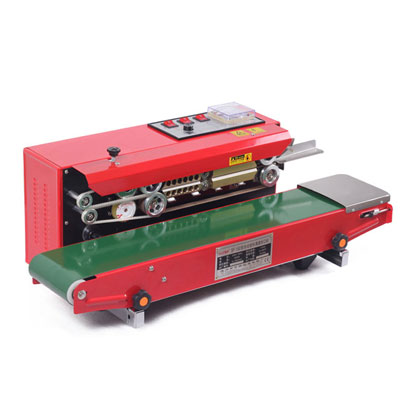 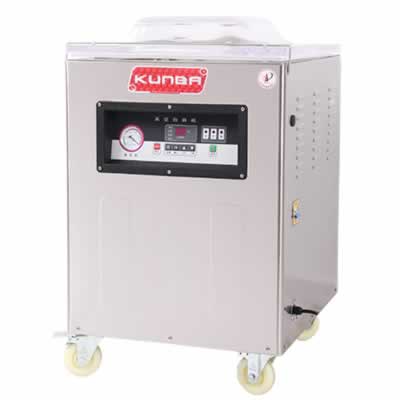 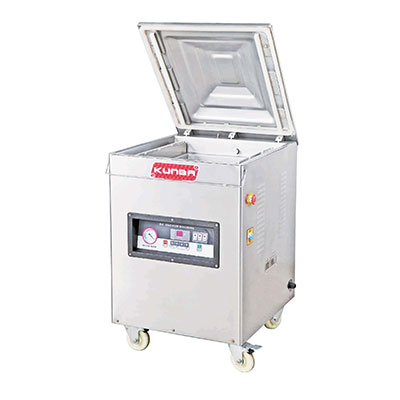